The Marazion Hotel has always provided a welcome retreat for travellers

Originally a coaching inn built around 1700, our small friendly hotel has always offered a warm welcome to visitors to Cornwall.
The stabling was originally situated in the part of the main building.

By the 1930s, the face had changed ever so-slightly

The hotel also has a number of items from HMS Warspite, which ran aground in Mount’s Bay in 1947. These include panelling from the Captain’s cabin and the tip of the mast. Every September, the Warspite Association meets at the Marazion Hotel and more exhibits can be found in Marazion’s town museum.

Still known as the ‘Hotel Marazion’, by 1960 a conservatory had been added 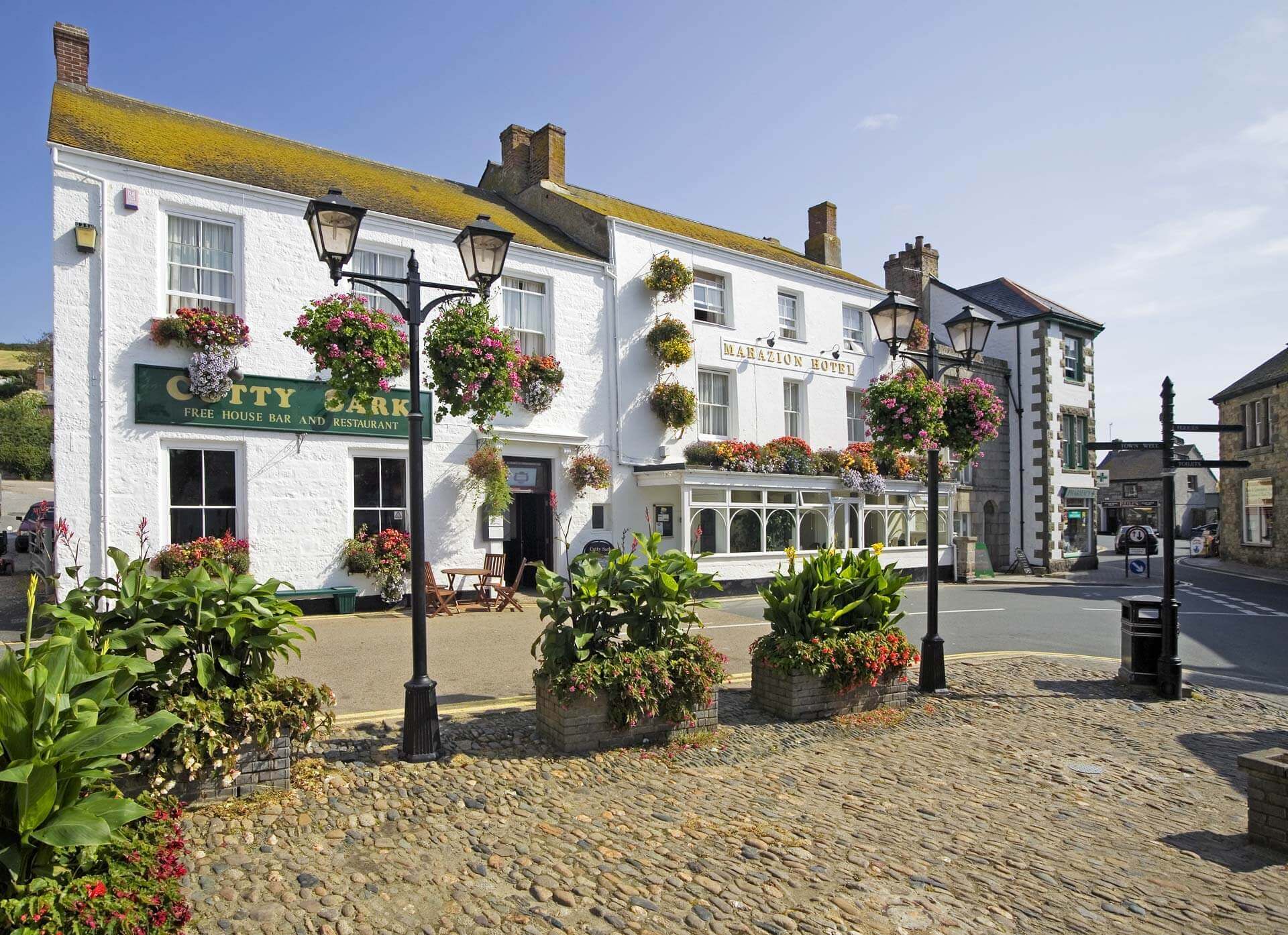 The Marazion Hotel and Cutty Sark Bar and Restaurant today

Pathe filmed a news filler story at the Marazion Hotel in 1950 – a local girl rides her horse along the beach before leading it into the bar for a well-earned bottle of beer!